Thanks to some exciting new partnerships, Scottish Road Car Series competitors will not only have pride and bragging rights at stake when they tackle the competition this year!

With registrations for the new Scottish Road Car Series (SRCS) flowing in, we are delighted to be able to announce details of the exciting prizes we have agreed for the series.

The top 3 points finishers plus the ‘SRCS Rising Star’ – awarded to a driver showing a lot of promise during the season – will each be awarded a trophy to mark their respective achievements. In addition, thanks to the support of our partners, we have agreed the following motorsport prizes, that are intended to help and inspire the recipients to continue their motorsport journey.

Thanks to the support of the Scottish Motor Racing Club (SMRC), the series winner will be given the opportunity to get their motor racing career started with a fully paid ARDS (Association of Racing Drivers School) Test Package. This is the test required to enable participants to gain their licence to start motor racing in the UK and is worth over £300.

“The Scottish Motor Racing Club is delighted to support the Scottish Road Car Series. We recognise the importance of this initiative that provides a very low cost and accessible entry point into the sport as a whole, and of course hope that our contribution of an ARDS test for the series winner will inspire some new participants to move on into motor racing in the future!” 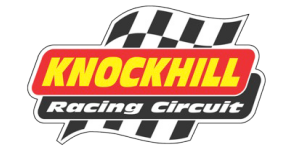 The runner up in the SRCS will have the opportunity to take to take part in Scotland’s popular sprint series; Super Lap Scotland (SLS). Series promoters, Knockhill Racing Circuit, have kindly supplied an ‘SLS Entry Package’, which will include SLS registration, entry to the first event of 2019 and a half price entry to the second event of 2019.

“Super Lap Scotland is a unique championship that can be likened to Formula One qualifying (often the more interesting part of a GP) where drivers practice and test themselves to put in that ultimate lap time to determine the results. We’re delighted to support the new Scottish Road Car Series in its inaugural year, which should act as an ideal stepping stone into Super Lap Scotland.”

The 3rd placed will be awarded a £50 gift voucher form Strathaven based race wear supplier, Turner Autosport. This fantastic prize will assist the recipient to buy the race wear, parts or equipment required to get their 2019 motorsport adventure underway.

“This new series looks like an exciting initiative which the BARC are pleased to be able to support in a small way. The idea has a great deal of merit in encouraging new people into motor sport at an affordable level and is something which could be replicated around the country.”

You can compete for these fantastic prizes and series honours by registering through the SRCS website and entering the events of your choice online. Only participants top 5 scores will count towards their end of season tally so don’t worry if you can’t make it along to every round – you can still be within a shout of picking up some silver wear and bragging rights!

“Whilst the spirit of the Scottish Road Car Series is about giving people the opportunity to have fun in their road car, we equally want to promote some friendly competition and rivalry amongst our participants. Thanks to our partners, this exciting list of prizes will reward the top finishers for their efforts across the year and also help them to explore and experience other motorsport disciplines; although we hope they don’t enjoy the prizes too much as we’d obviously love to see them back in 2019!”

The prizes will be presented at our end of season awards, details of which will be released in due course. Keep an eye on our website and social media channels for further news and information on series partners over the coming weeks.